Athlete of the Month April 2013

Phil, a 19 year old sprint athlete from Bandon had her season opener  at Leevale 2013, winning the 100m in an impressive time of 12:16 from a loaded field of top class senior sprinters.   This performance earned her the female athlete of the meet award from Leevale.

Phil subsequently did a double in the Munster Schools convincingly winning both the 100m & 200m events.  In doing so she achieved the 100m B standard and the 200m A standard for the European Junior Championships which will be held in Rieti, Italy this summer.

Phil heads to Tullamore this weekend to compete in the Avia  All-Ireland School’s Championships. Achieving the A standard for the 100m and taking double in the 100m & 200m is well within her capabilities.

Phil is young talented Cork athlete to be watched for the future. 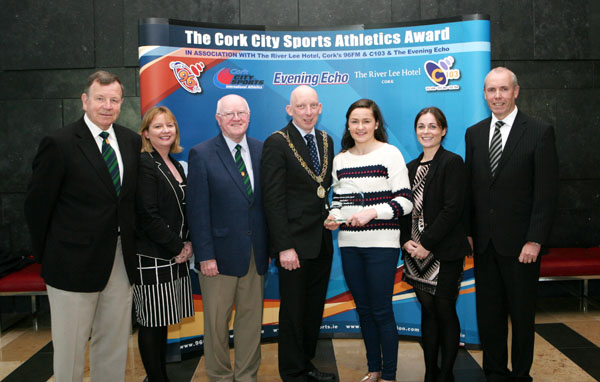