ATHLETE OF THE MONTH AUGUST 2012

Robert Heffernan of Togher Athletic Club was the winner of the August Athlete of the month of the award. 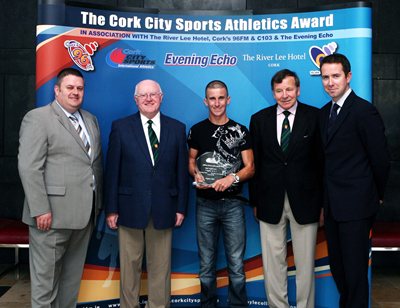 Robbie delivered a stunningly brilliant performance in London Olympics when finishing fourth in the men’s 50km Olympic Race Walk in 3:37.54, a time that shattered his own Irish record. A time that would have won silver in Beijing.

Robbie states “I wanted to win an Olympic medal and I did everything I could. It’s hard to finish fourth after I dreamed all year about winning a medal in the Olympics. It’s tough coming away with fourth, but I’ll be happy with it.”

Robbie’s performance was brilliant and uplifting for the nation.