Athlete Of The Month – October

Leevale AC’s Lizzie Lee is the Cork City Sports Athlete Of The Month for October. Lizzie was presented the award at the ceremony at a hosted lunch today in The River Lee.

At the SSE Airtricity Dublin marathon Lizzie Lee mixed it with the elite internationals, finishing an outright third, her time of 2:35:03 was one of the fastest times by an Irish woman on Irish soil, this also won her first Irish national title.

Lizzie also led Leevale women to the team title in a new Irish record of 8:25 for the national marathon, beating the previous record by two minutes.’

The is 4th time Lizzie has received an Athlete Of The Month award from Cork City Sports.

The award is co-sponsored by The Evening Echo, The River Lee, Cork’s 96FM & LeisureWorld. 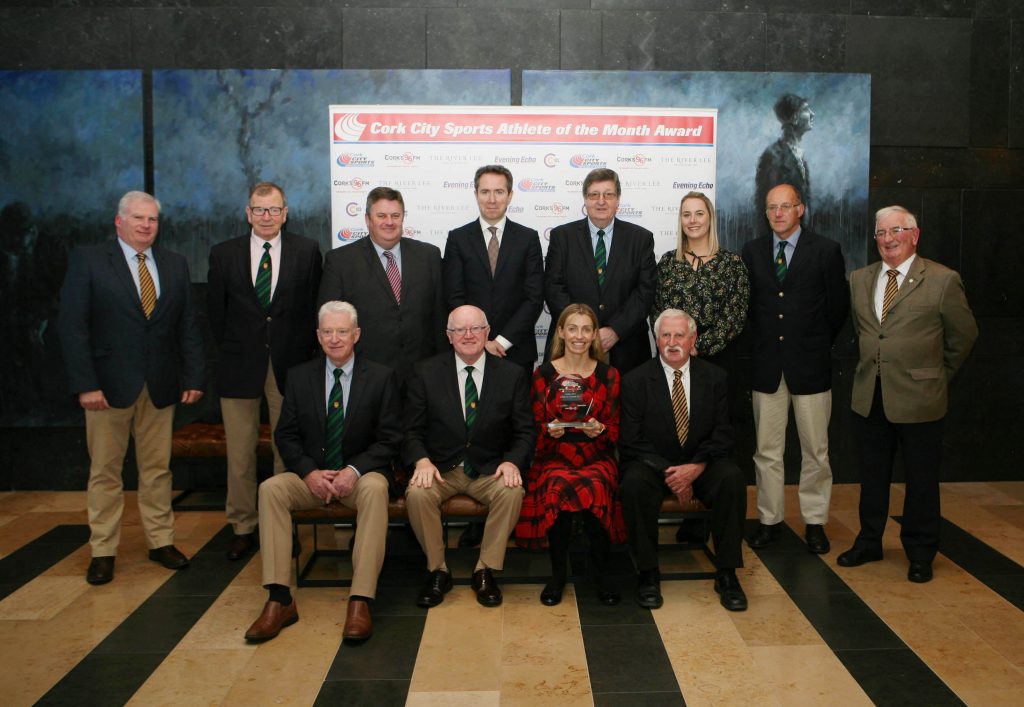