Athletic Person Of The Year 2018

The athletes community in Cork gathered at the River Lee Hotel today for the annual Cork City Sports Athletics Person Of The Year Award for 2018. Each month the Cork City Sports Commitee acknowledges an athletics performance of distinction  with an award. The Cork City Sports award is now in it 10th consecutive year and is sponsored by The River Lee, The Echo, Cork’s 96FM & C103FM.

The 2018 Athlete Of The Year went to Phil Healy of Bandon AC. Phil was the January Award winner as she had produced outstanding indoor performances during the month culminating in a world class 400m performance in Vienna. Her time for that race was 52.08 smashing her previous best of 53.15.

In June Phil successfully broke the Irish 100m record with a time of 11.28 seconds in Santry. She would go on to lower her personal best time for the 400m in Geneva, before breaking the 23-second barrier to set a new national record in the 200m just a month later in front of her home crowd at Cork City Sports.

Phil is the first athlete in 40 years to hold both the 100m and 200m records in Ireland at the same time. She would also go on to represent Ireland at the European Athletics Championships in Berlin back in August.

The award was presented to Phil by Tony O’Connell, Chairman Of Cork City Sports and Hamish Adams CEO of Athletics Ireland. 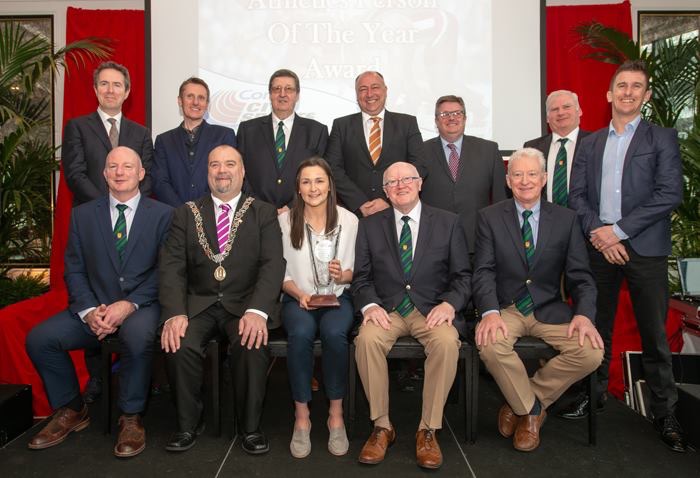 The nominees for the Athletics Person Of The Year Award were: