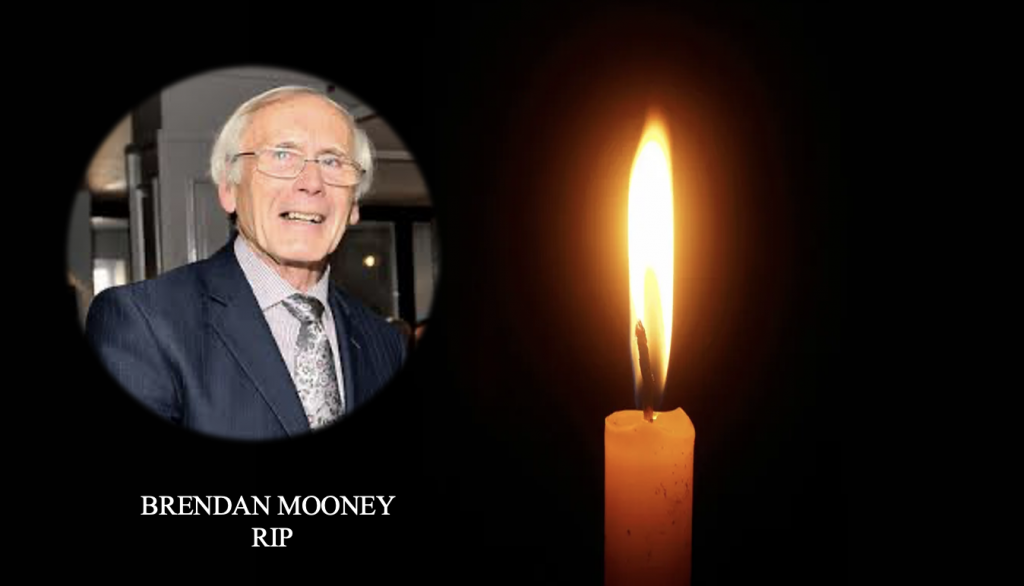 It is with great sadness that we learn of the the death of Brendan Mooney who passed away in Cork on Thursday evening after a short illness.

Brendan a native of Ballinabrackey, Co Meath, began his career as a journalist with the Westmeath Examiner before moving to Cork to work for the Cork Examiner. On settling in Cork he joined Leevale Athletic Club and remained a member throughout his life representing the club at national and international levels. Brendan was an accomplished sprinter and invaluable member of the Leevale men’s team who won three consecutive national league titles during the 70’s.

As a former athlete Brendan excelled in athletics sports reporting, providing athletics with a level of coverage and understanding not seen before or since. Brendan covered the Cork City Sports for many years giving the meet superb profile in the annual build up and and providing indepth analysis of the many notable performances.   Brendan also covered all the Olympic Games from Montreal in 1976 to London 2012 prior to his retirement.

As a sports writer Brendan also provided unrivalled coverage of boxing and cycling. He covered the Tour de France and Giro d’Italia when Sean Kelly and Stephen Roche were at their peak. He reported on all sports at a local, regional and national level.

Brendan was married to Ann Mooney and the couple have four adult children Joanne, Caroline, Brenda and Richard. He is also survived by his mother Elizabeth and his six siblings.

Funeral arrangements will be announced shortly.