Mens Shot Putt Set To Be A Close Competition 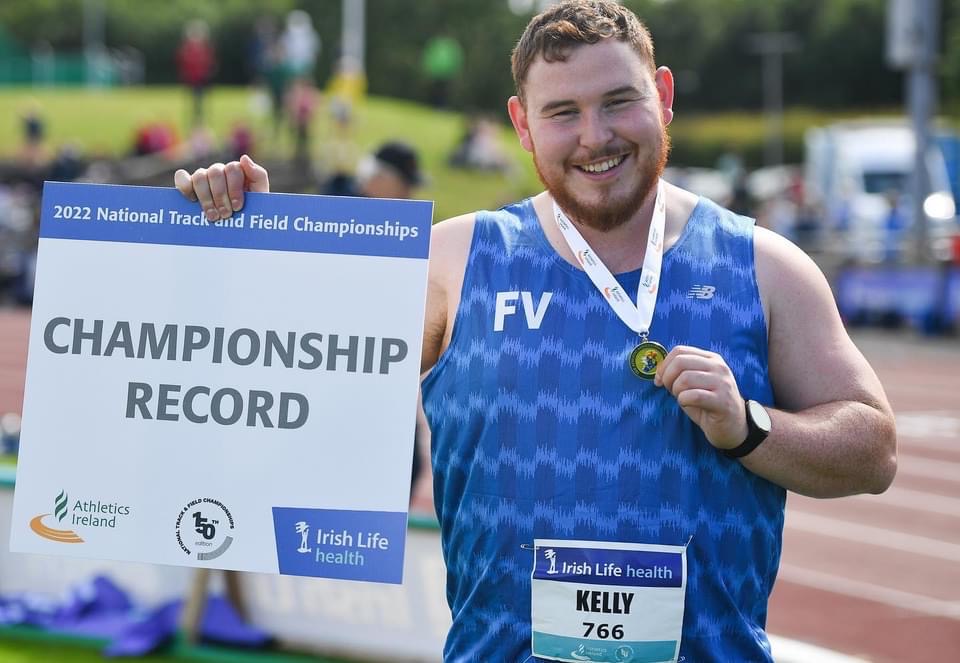 The mens Shot Putt will be a close competition this year with many European National Champions represented.

The new Irish National Champion John Kelly and National record holder Eric Favors will be in the mix in a tight competition. Kelly and Favors shared the rostrum at this weekend’s National Championships with a 19.25 Championship record, set by Kelly, and 18.74 by Favors who is still probably jet lagged from his trip from the US.

The big name in this event will be Nick Ponzio who represents Italy but lives in the US. Ponzio has thrown consistently over 21m this year and is a colourful character on the athletics circuit who will go down well with the Cork crowd. He is ranked thirteenth in the world at the moment.

Bob Bertemes the Luxemburg National Record holder who has a PB of 22.22 is making a return to the big time after competing at the Tokyo Olympics in 2021.

Rounding out the field are Sven Poelmann from the Netherlands and Christian Zimmermann, the German number two and Andrew Liskowitz, a finalist at the US trials at the weekend.

It is sure to be a close run battle.