Phil Healy’s tremendous summer of record-breaking has continued by smashing the long-standing Irish women’s 200m record at her home Cork City Sports – and Marcus Lawler almost did the same in the men’s equivalent. Healy became the first Irishwoman to dip under 23 seconds over the half-lap distance by clocking 22.99 in finishing third at CIT. 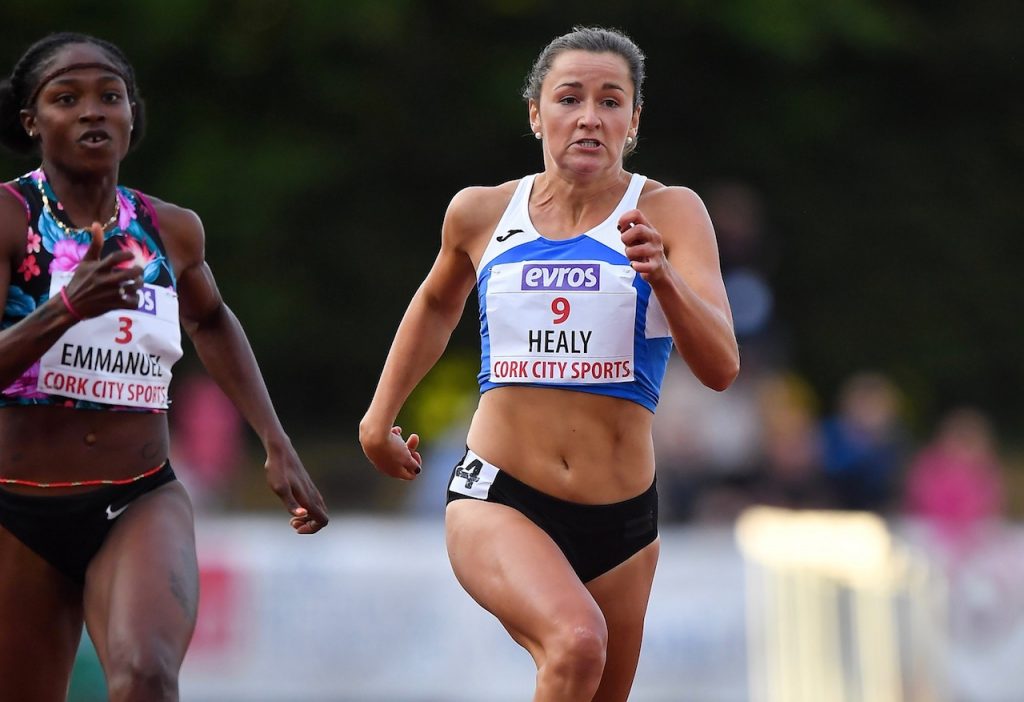 Phil Healy of Ireland on her way to setting a new Irish record of 22.99sec in the Evros Women’s 200m race

After setting a new 100m record last month at the Morton Stadium, the Bandon AC athlete enthused the Leeside crowd by breaking the 17-year-old 200m mark of 23.02 set by Sarah Reilly at the 2001 World Championships in Edmonton. Canada’s Crystal Emmanuel defended her Cork crown by winning in 22.75 seconds, with Joanna Atkins of the USA second in 22.90.
“Absolutely amazing!” Healy declared after her race, adding: “That’s my second national record in a few weeks. “22.99 – dipping under 23 seconds even though there was a  headwind on the bend. I’m absolutely thrilled to finally get the time!  “To turn around and see everyone standing on home soil, Cork turf, is absolutely brilliant.”

Healy had earlier come two-hundredths of second away from her month-old 100m record by streaking to 11.30, finishing again behind Emmanuel in second in the shorter sprint.
Marcus Lawler took a whopping 0.31 seconds off his lifetime best to leap from fifth to second on the all-time Irish list in the men’s 200. The Carlow sprinter recorded an impressive time of 20.40 seconds – only Paul Hession is faster in Irish history, with a 20.30 set in Dublin eleven years ago at the National Championships.
Lawler’s previous best this season was 20.75, but tested Zambia’s young prospect Sidney Siame in Cork tonight, who needed a lifetime best of 20.18 to make sure of victory. 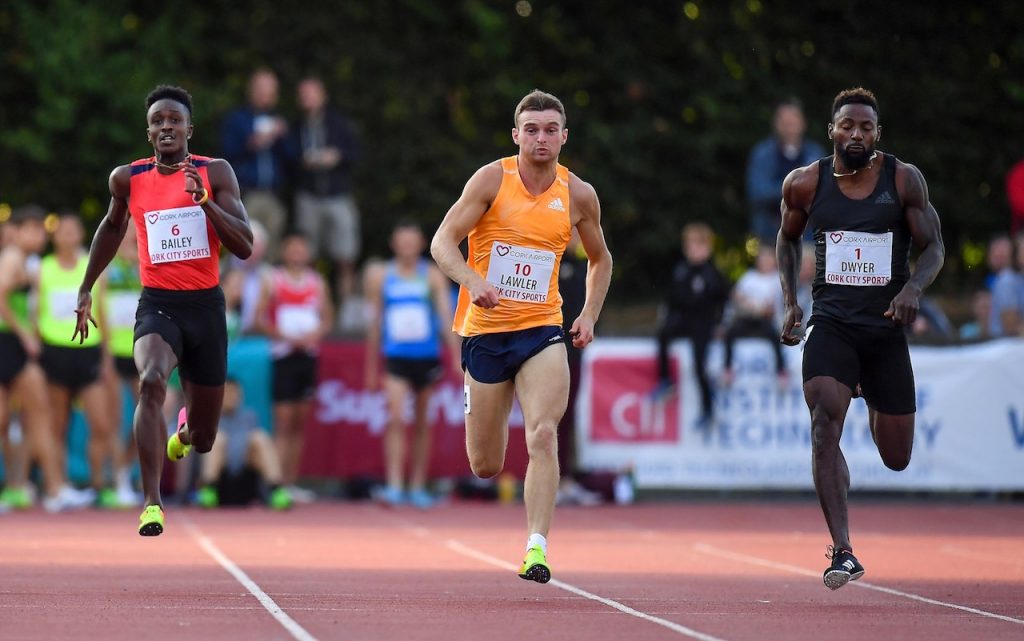 The St Laurence O’Toole athlete felt his new milestone was going to happen sometime: “It’s a long time coming to be honest. I’ve been knocking on the door of the 20.5s. “I ran a 20.4 illegally last year, so finally I got a legal 20.40, and I’m delighted. It’s brilliant. We fly around Europe trying to get races abroad with good conditions and good competition, but Cork – and everyone that organised Cork today – brought them to Ireland. That all helps.”
Elsewhere, American Sam Prekel successfully defended his men’s mile crown by winning in 3:58.59 ahead of compatriot Drew Piazza.

Emile Erasmus set a new Irish all-comers 100m record with a mark of 10.14, erasing the marks of Linford Christie, Dennis Mitchell and Olapade Adeniken, who had all clocked 10.17 at the Mary Peters Stadium in the late eighties.
European U18 silver-medalist Sophie O’Sullivan delighted her watching parents, former world champion Sonia O’Sullivan and top coach Nic Bideau, by holding off Stephanie Cotter of West Muskerry to win the junior women’s 1500m at the start of the night. 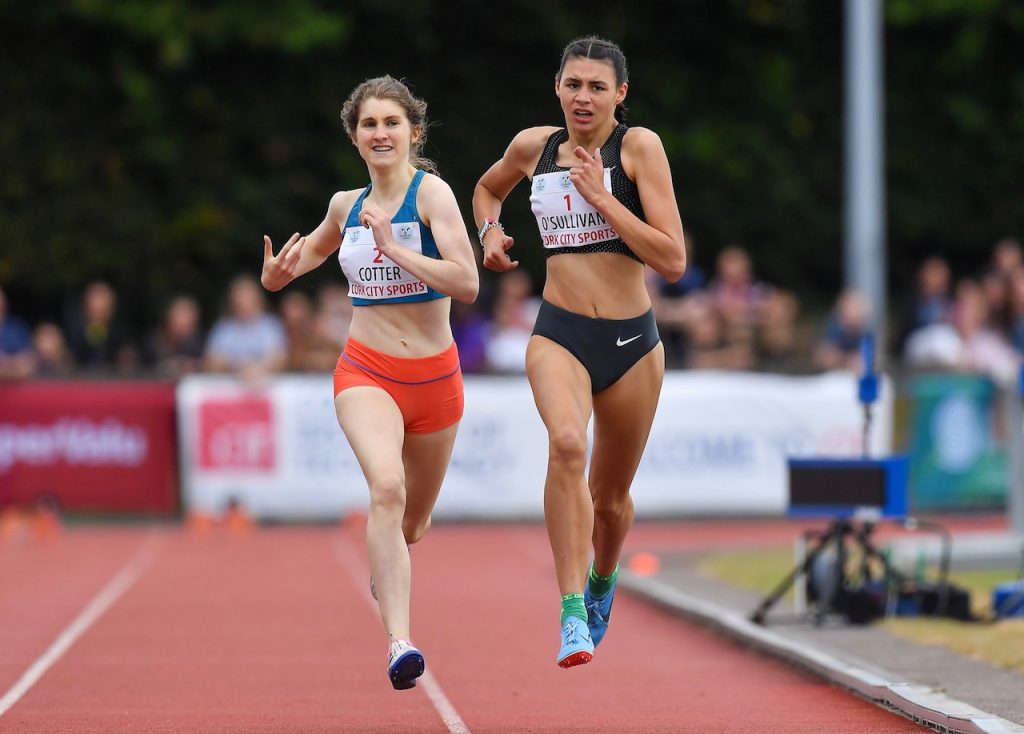